You are here: Home > Valais in a nutshell > Geography > The ABC of municipalities > Goms > Obergoms 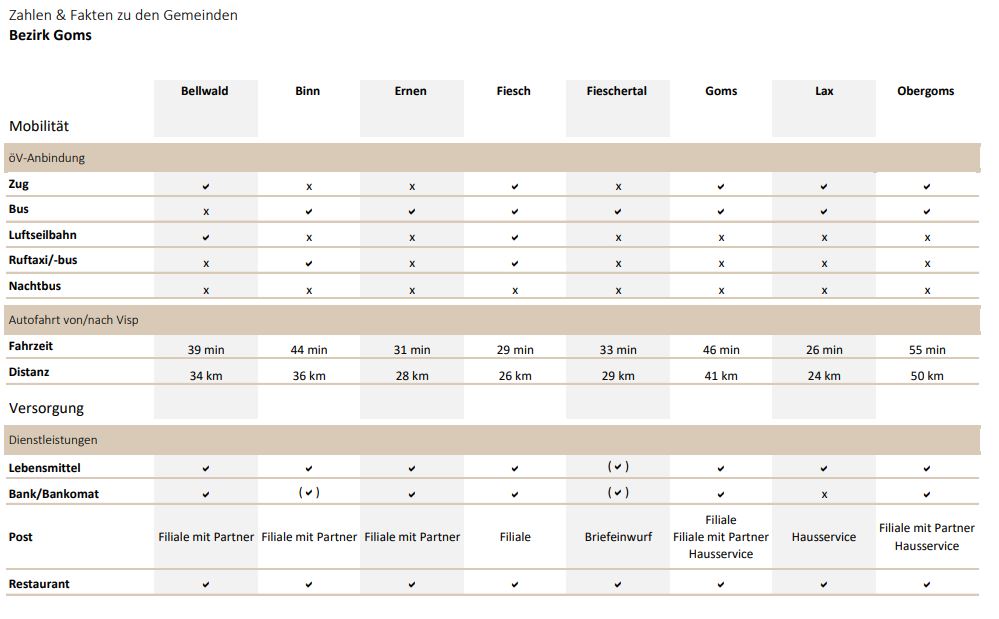 The municipality of Obergoms was formed in January 2009 from the merger of the three municipalities of Oberwald, Obergesteln and Ulrichen. It is situated at the northern tip of the canton of Valais, below the Rhone glacier on the upper reaches of the Rhone. The municipality is the departure point for the Furka, Grimsel and Nufenen Alpine passes, as well as the mule track over the Gries Pass.

Oberwald’s name comes from the German for “above the forest”. Its first coat of arms featured a “W” in a heart below a cross, with the “W” standing for “Wald”, the German word for forest. The village was first mentioned in a document in 1419. Obergesteln’s history stretches back to the Roman presence in the region. Situated on the important Haslita-Grimsel-Obergesteln-Gries-Northern Italy traffic route, the village gained great significance as a transhipment centre. Uerliche is considered the oldest village in Obergoms and is situated at 1,346m above sea level at the foot of the Nufenen and Gries passes.

Obergoms is linked to the public transport network by the Matterhorn Gotthard Railway. The loading station for car transport through the Furka base tunnel is situated in Oberwald.

In addition to important churches and chapels, the municipality’s cultural assets also include the Seiler hotel complex in Gletsch and the steam train over the old Furka mountain route to Realp.