You are here: Home > Valais in a nutshell > Geography 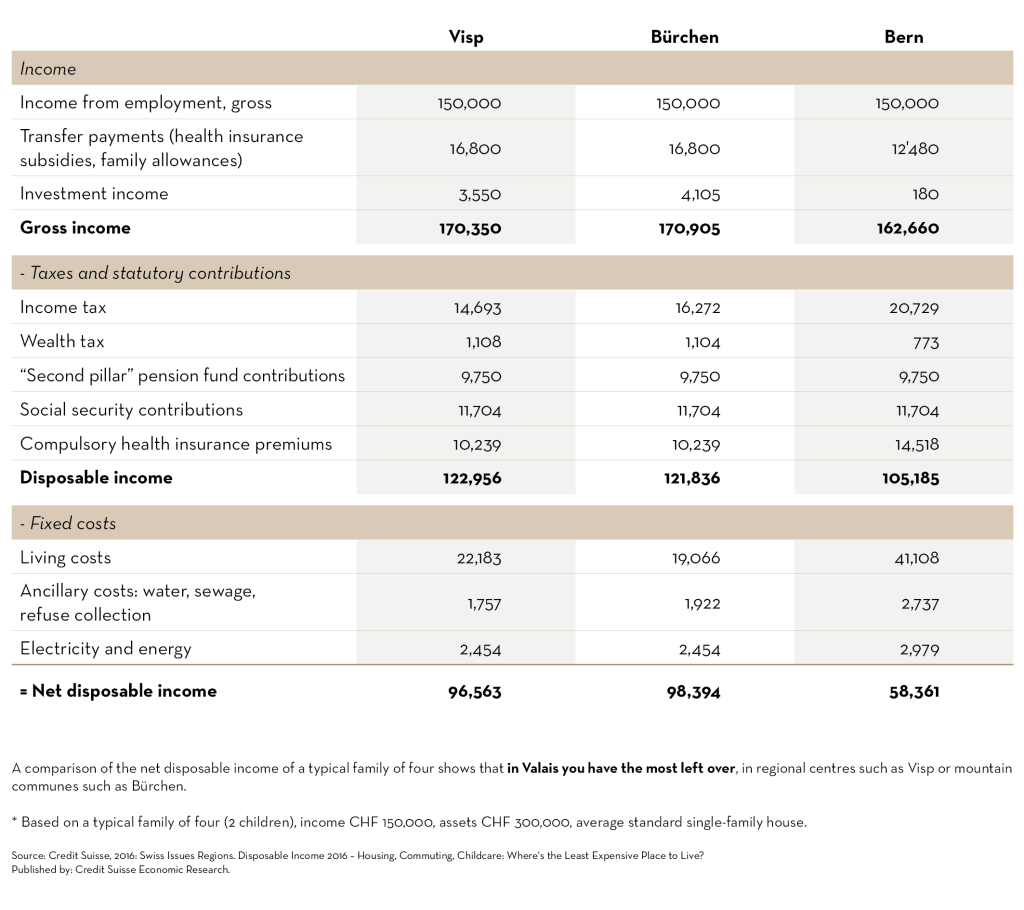 Valais in a nutshell

Quality of life is a top priority

Work and recreation are closely intertwined in this canton in the south-west of Switzerland. And unlike urban centres such as Zurich or Geneva, Valais stands out with its low cost of living. The excellent public transport connections with the rest of Switzerland and Europe guarantee fast and wide-ranging mobility. City or countryside? Valais is both a hub and a retreat – dynamic and relaxing at the same time.

Valais is the third largest of Switzerland’s 26 cantons (member states) in terms of area. Predominantly Catholic (81% Roman Catholic), the Alpine canton is home to 348,503 inhabitants, 23% of whom are foreign nationals. Spanning 5,224 km², Valais comprises 13 districts with a total of 122 political municipalities. Its capital is Sion. French culture sets the tone and pace of life in the western and central part of the canton (French Speaking part of Valais), while the eastern part (Upper Valais) speaks the local Swiss-German dialect, Walliserdeutsch. The official language boundary is formed by the little stream of Raspille and the forest of Pfynwald between Sierre and Salgesch.

The canton of Valais has been part of the Swiss Confederation since 1815. Before that, the Land am Rotten (Land on the Rhone) had been the Roman province “Vallis Poenina” (57 BC), part of the Kingdom of Burgundy (888), a county of the Bishop of Sion (999), the Republic of the Seven Dizains (mid-15th century), and finally the French “Département du Simplon” under Napoleon (1802). Conflicts, crises and hardships have determined the development of the region and made the country and its people what they are today. Emigration in the 12th and 13th centuries (to Valais colonies in the Alpine region) or from the middle of the 19th century (mainly to South America) has shaped Valais’s history, as did immigration (mainly from Italy) in the early 20th century during the era of major tunnel and dam construction projects. The legacy of these bygone times has helped define the customs, habits and character of Valais’s people.